“Jungles and rainforests are home to an incredible variety of species like preening birds, intelligent orangutans and remarkably ambitious ants.” 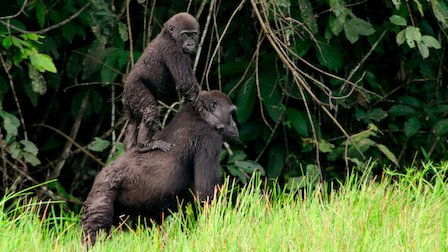 Facilitating the discussion on the episode is Anita Studler, Conservationist and Founder of Nordesta.

Swiss-born ornithologist, conservationist and ecologist Anita Studer first saw the rare Forbe ’s blackbird in Brazil’s Pedra Talhada forest in 1981 while carrying out her studies for a degree in ornithology. Enthralled by its beauty, she decided it would be her research subject. To her despair, she soon learned the forest was earmarked for destruction. Without the forest, the blackbird would perish. So, she decided to act. She launched a campaign that led to the protection of 4,500 hectares of forest as a federal reserve. Afterwards, she continued campaigning as a conservationist and ecologist and has even had a species of frog, Dendrosophus studerae, named in her honour. In 1985, Studer created the Nordesta Association to raise funds, including for new schools in local villages in Brazil’s Pedra Talhada region. In 2009, she was made Knight of the French Legion of Honour.