The "City diplomacy series" is organized by the Geneva Cities Hub to explore how LRGs and their networks can enhance their involvement in global multilateral diplomacy. This special session on the UN Climate Change Conference was co-sponsored by the Geneva Environment Network.

Cities are among the largest sources of greenhouse gas emissions which contribute to climate change and have therefore have a key role in addressing this global challenge. Much depends on how they are planned, built and use energy to enable people to live, move and thrive. As a result, many cities, local and regional governments (LRGs) and their networks have mobilized to contribute positively to the objectives of the Paris Agreements.

During the crucial COP26 Climate Change Conference that just took place in Glasgow, LRGs were also very active to ensure that their role was being acknowledged in the fight against climate change.

The hybrid event provided an opportunity to discuss and analyze the engagement of LRGs in a multilateral conference such as COP26:

In addition to the live Webex and Facebook transmissions, the video is available on this webpage. 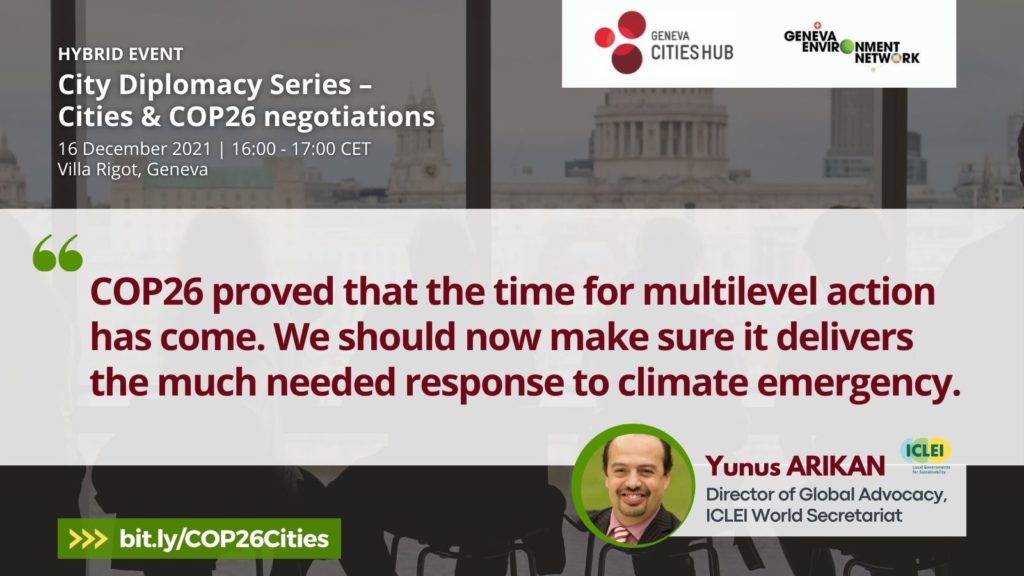 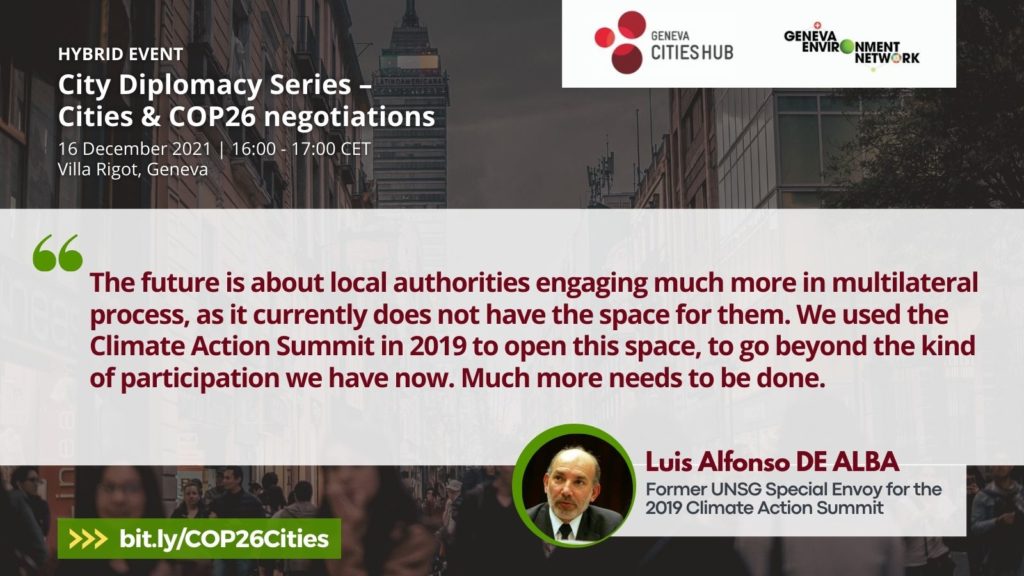 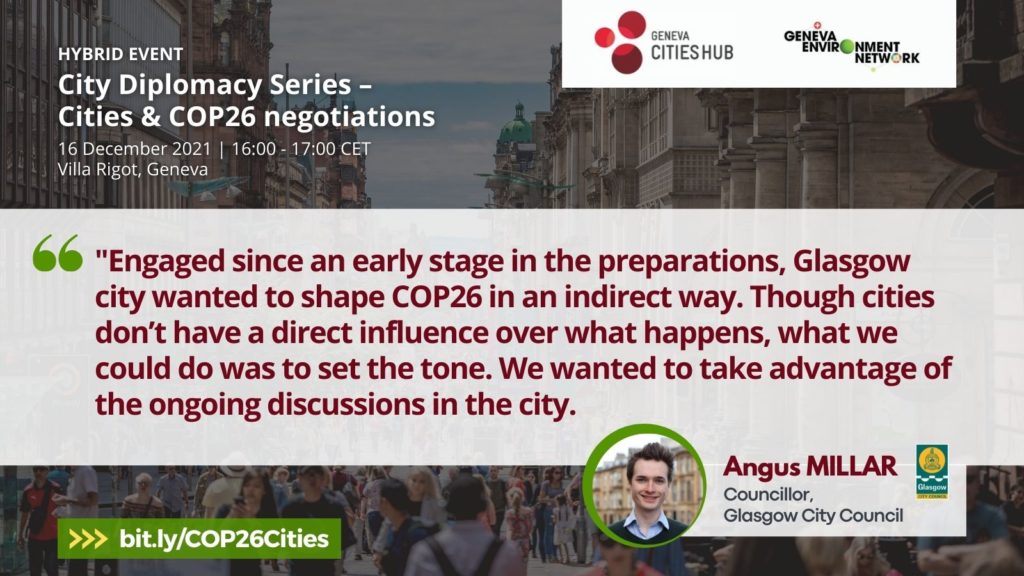 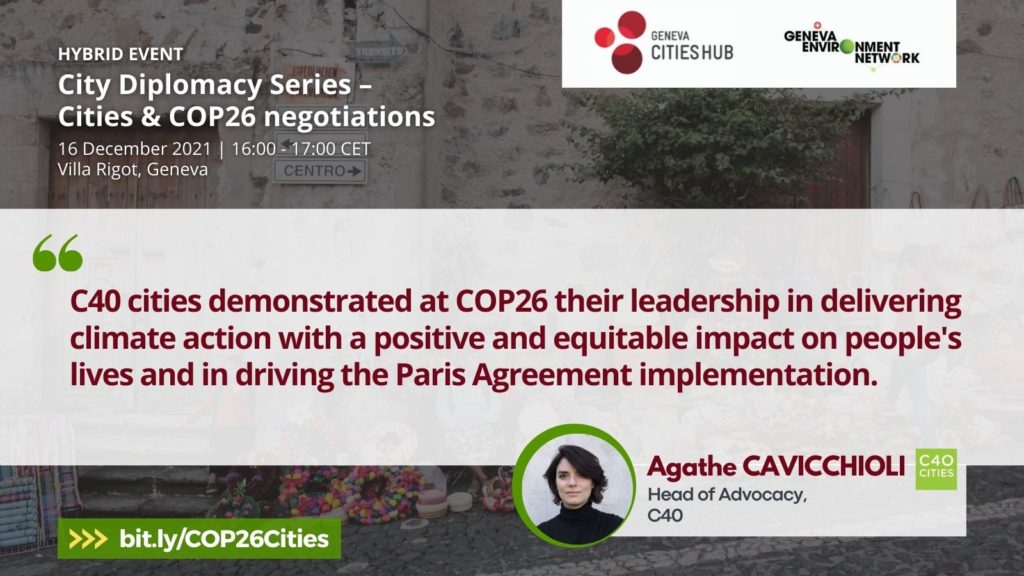 When it comes to the fight against climate change, the City of Geneva has a unique advantage due to the diversity of institutions and political relationships hosted in the city. The city thrives on the connections among governments, international organizations and civil society. These kinds of connections for cities can be leveraged in Geneva.
— Luis Alfonso DE ALBA | Former UNSG Special Envoy for the 2019 Climate Action Summit