Respecting and protecting human rights and protecting the environment are inextricably linked, as recently confirmed by the Human Rights Council resolution 48/13 on the right to a clean, healthy, and sustainable environment. Yet while Heads of State from 93 countries have called to end siloed thinking in the Leaders Pledge for Nature, and global civil society has stated the same in no uncertain terms, environmental policy making still too often excludes or side-lines human rights. This Panel will reflect on the important opportunity of changing this history in the context of the Convention on Biological Diversity’s Global Biodiversity Framework to be adopted early in 2022, and bringing human rights into the new framework both as a guide to do no harm, and as a beacon for ways to do things better. Specific opportunities to realise this will be presented by speakers.

The event was simultaneously interpreted into Spanish and French, recorded, and a summary of key recommendations for the text negotiations will be provided afterwards.

Subtitles are currently being processed by the organizers and will be added soon. 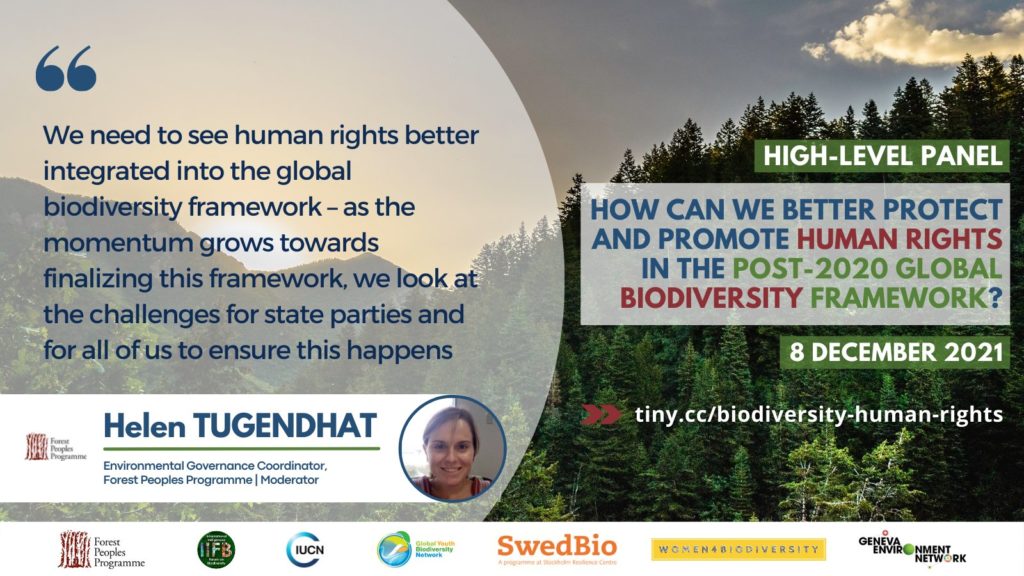 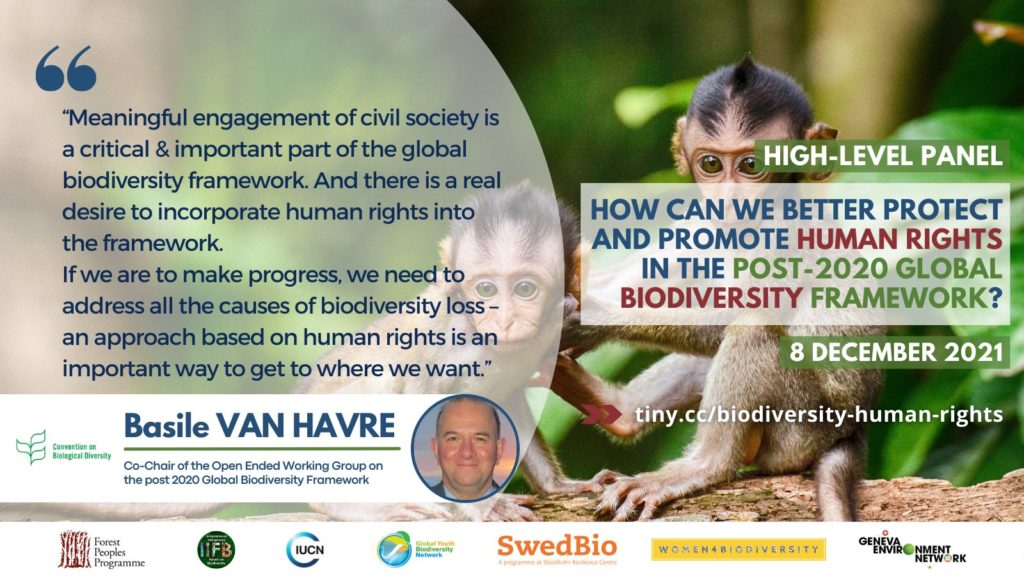 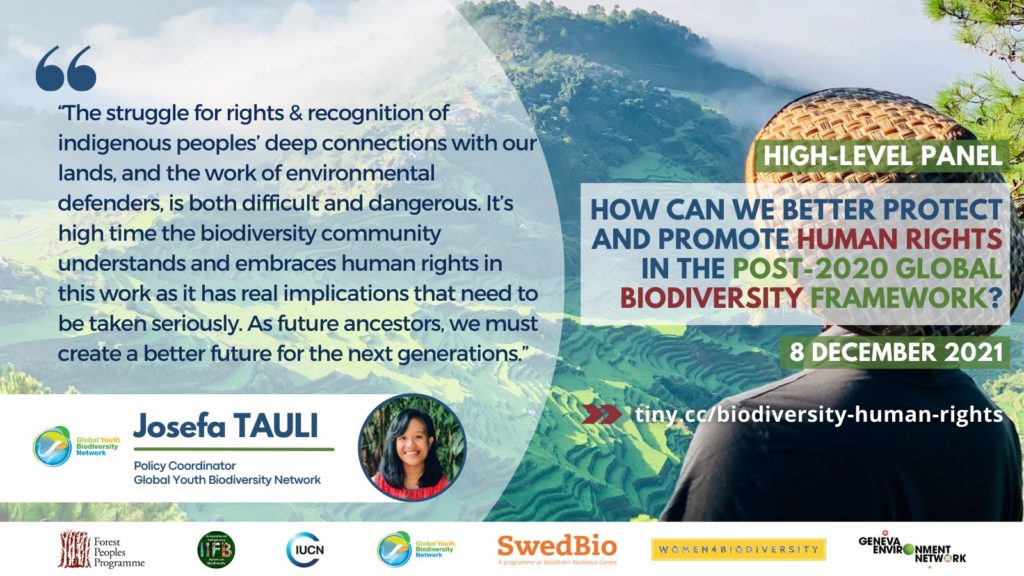 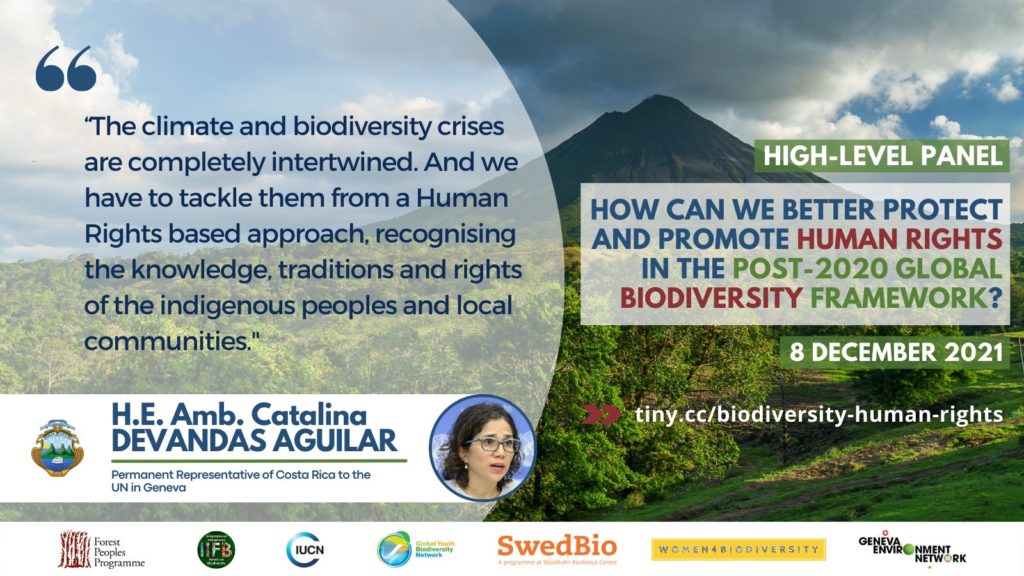 Priorities for Biodiversity Negotiations with regard to Human Rights | Ramiro Batzin, IIFB 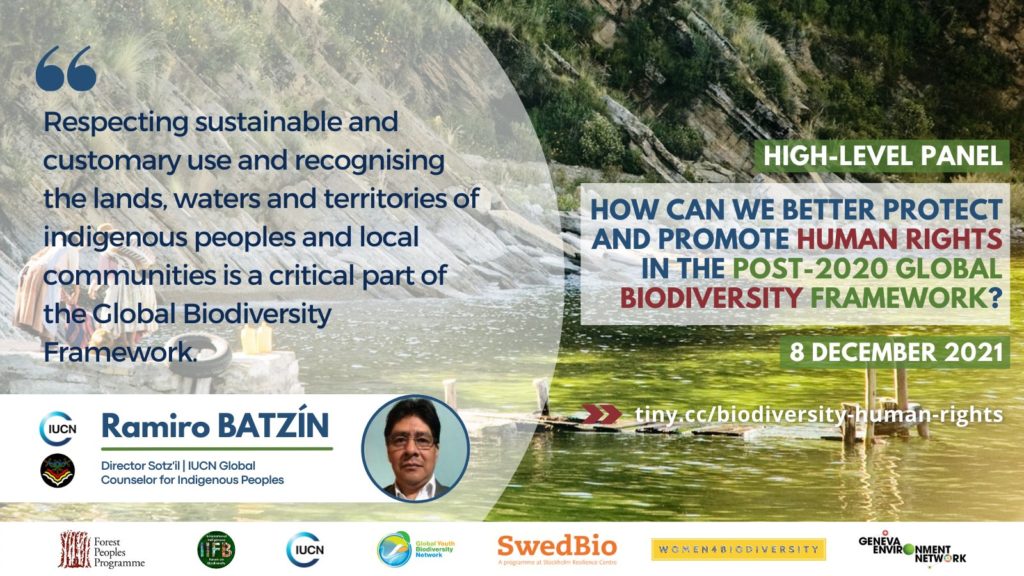 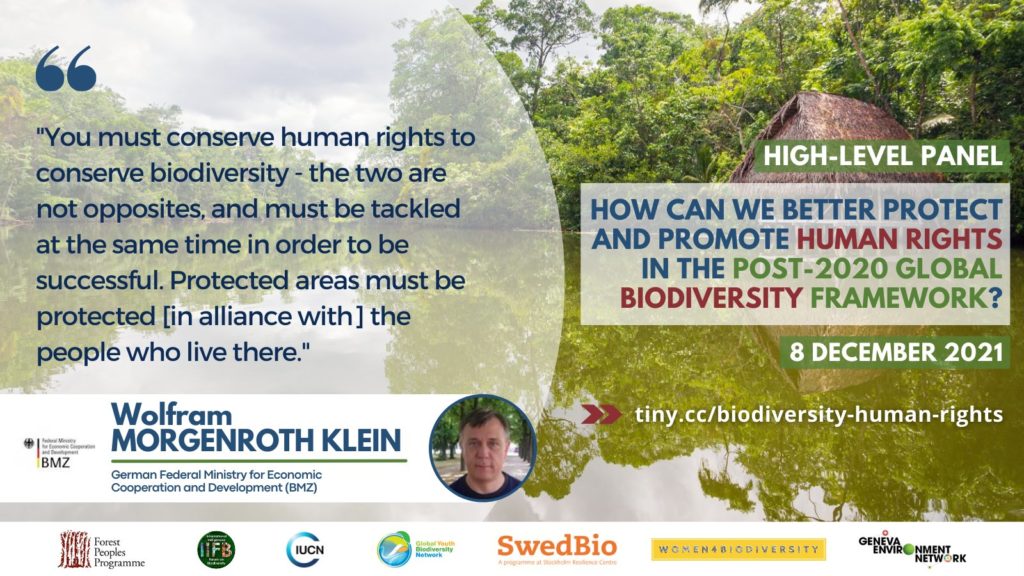 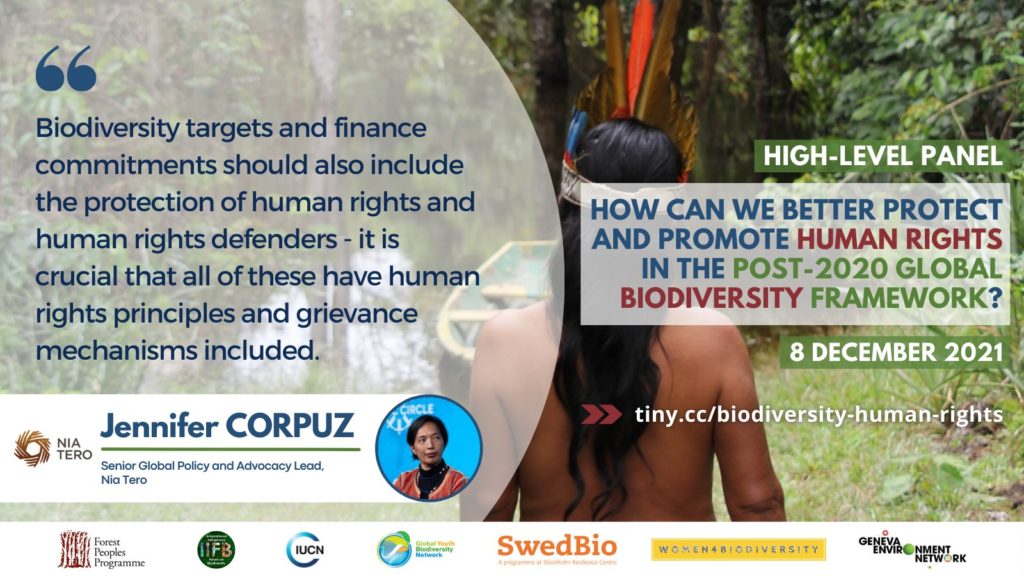 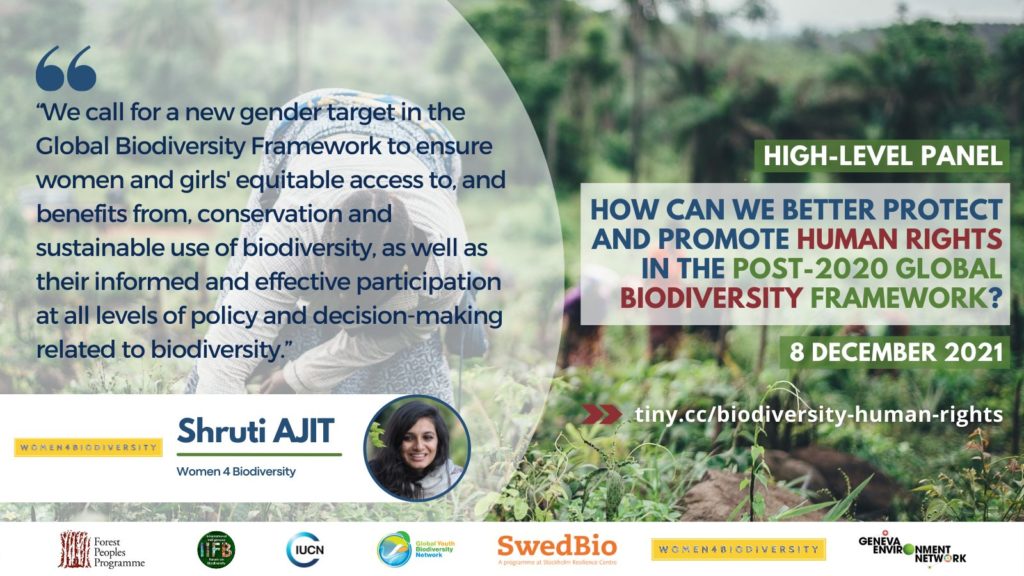 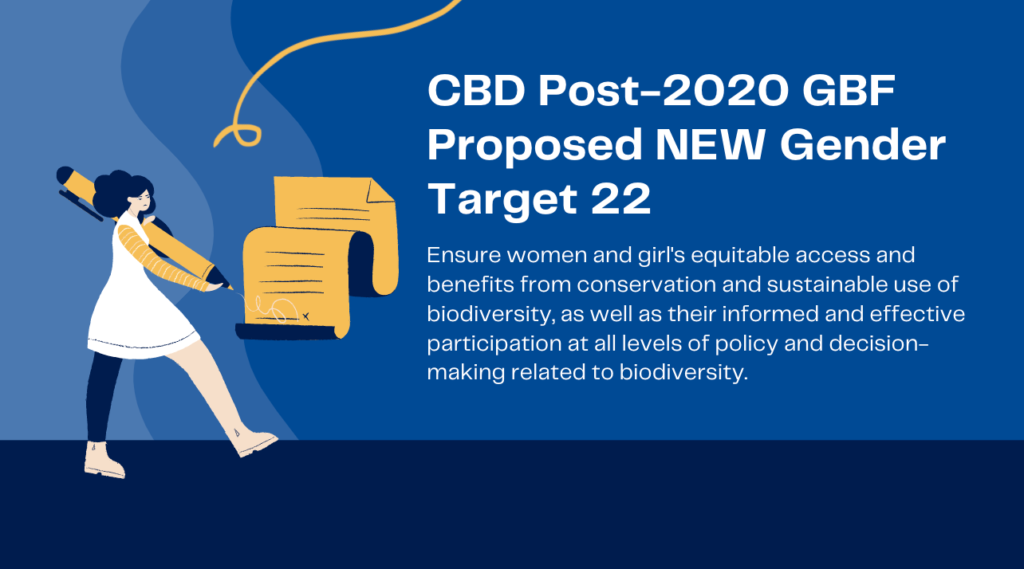 How to Improve the Global Biodiversity Framework to Protect and Promote Human Rights | David Boyd, UN Special Rapporteur on Human Rights and the Environment (Video message) 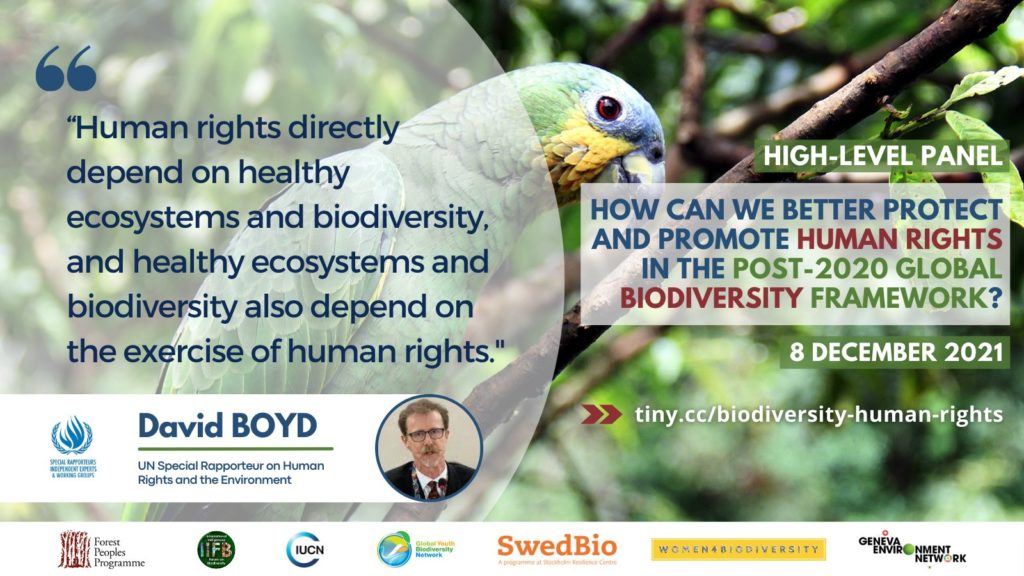 Q: I would love to know more about your thoughts on transformational education from the lens of indigenous peoples.

Q: Is there a need in front of us for the CBD to formulate knowledge and apologize for decades of human rights violations that have taken place in the name of conservation? Many from the human rights community don’t trust our intentions when we talk about human rights, and some accuse us of picking and choosing human rights when they’re convenient for our professional agendas, without embracing all human rights.