Ahead of the ninth "Environment for Europe" Ministerial Conference, to be held in Nicosia, Cyprus, from 5 to 7 October 2022, this event looked at 30 years of achievement of this process, which started in 1991, with the convening of the first Pan-European Conference of Ministers of the Environment at Dobříš Castle, in Czechoslovakia.

The “Environment for Europe” process started more than 30 years ago, with the convening of the first Pan-European Conference of Ministers of the Environment at Dobříš Castle, in Czechoslovakia.

The Conference aimed at establishing a new “European Environmental Space” after the end of the East-West division of Europe. It resulted in a document summarizing the Conclusions of the Conference, in which various issues of great importance to the further development of the “Environment for Europe” process, providing a framework of regional initiatives that resulted with the adoption of a number of important environmental instruments.

Three decades later, this event looked back at the visionary initiative and the achievements of the process, a few days ahead of the next Environment for Europe Ministerial Conference.

This event was organized by the Geneva Environment Network Secretariat, UNECE and the Czech Republic.

Former Permanent representative of the Czech Republic to the United Nations Office in Geneva, and Secretary of the 1991 Dobříš Ministerial Conference

This event was streamed on our social media platforms.

LIVE NOW!
H.E. Jan DUSÍK, Deputy Minister of the Environment of Czech Republic welcomes our audience and reiterates his country’s commitments to the many environmental Conventions under UNECE
Follow at https://t.co/LAGxCkj4iY #EnvironmentForEurope pic.twitter.com/zczsGqKULW 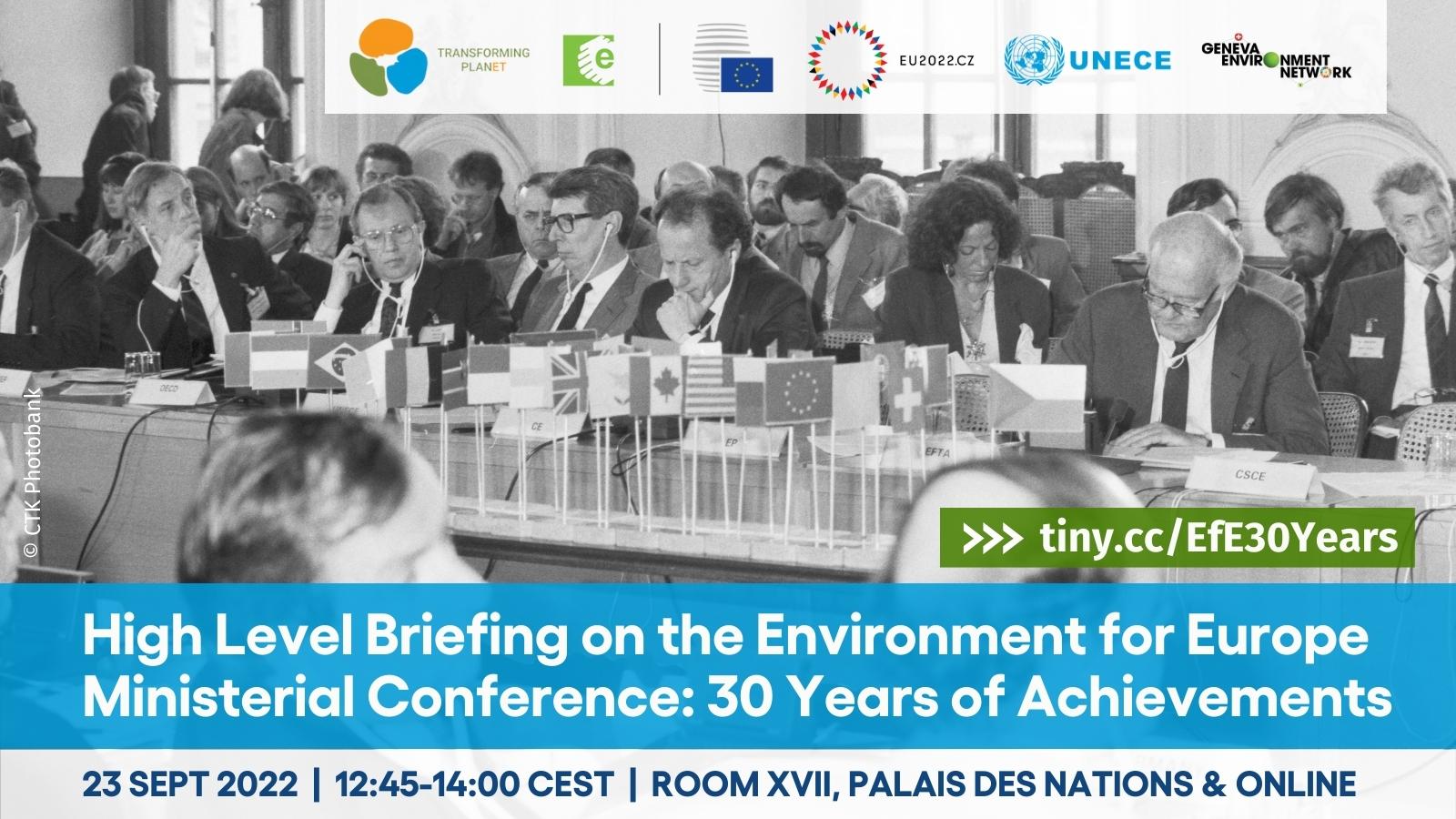