This event, co-convened by the Partnership for Environment and Disaster Risk Reduction (PEDRR), Friends of Ecosystem-based Adaptation (FEBA), and the Geneva Environment Network aimed at drawing attention to the importance of integrating resilience in the Global Biodiversity Framework for greater alignment with the Sendai Framework for Disaster Risk Reduction 2015-2030, the Paris Agreement and the new Glasgow Pact, prior to the final face-to-face negotiations of the Post-2020 Global Biodiversity Framework to take place early in 2022.

There is a need for greater alignment in the new Global Biodiversity Framework with other important global frameworks, namely the Sendai Framework for Disaster Risk Reduction 2015-2030, the Paris Agreement and the new Glasgow Pact, which have recognized the importance of ecosystem-based approaches or nature-based solutions for protecting biodiversity and reducing disasters and climate change impacts. In particular, the Sendai Framework has called on the environment and conservation community to promote biodiversity and ecosystem management as critical measures for reducing disaster and climate risks.

First Secretary, Permanent Mission of Japan to the International Organizations in Geneva

Coordinator of the PEDRR Secretariat

The interlinkages across all of these interconnected processes and issues can be further enhanced and improved through the application at a scale of nature-based solutions. 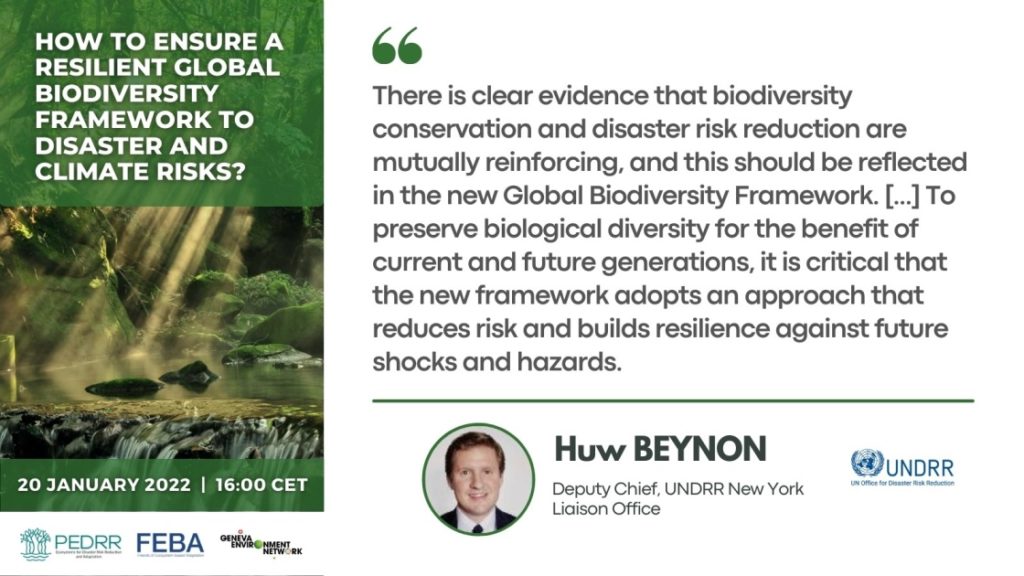 Nature-based Solutions are defined as “actions to protect, sustainably manage, and restore natural or modified ecosystems, that address societal challenges effectively and adaptively, simultaneously providing human well-being and biodiversity benefits.” This definition was adopted at the IUCN World Conservation Congress 2016 in Hawaii, and it is the most widely used definition to this day. 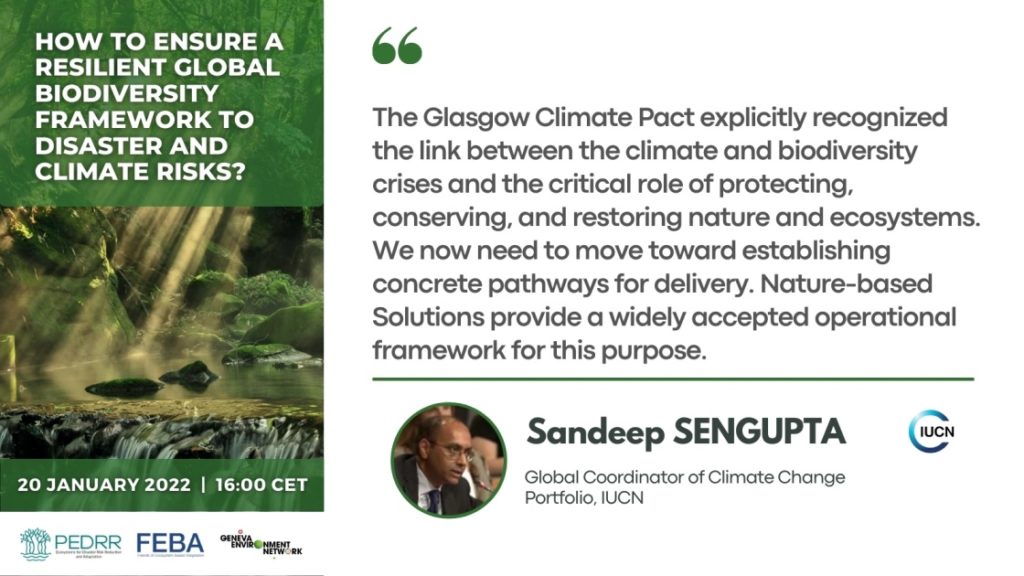 The recommendations listed below are availabe in the PEDRR/FEBA Recommendations Brief based on the 1st draft of the Global Biodiversity Framework (GBF).

1. Align the GBF with other United Nations conventions and international agreements

2. Include a definition of NbS, based on IUCN and its standard in a CBD decision and GBF

3. Include Eco-DRR alongside EbA in targets 8 and 11

4. Monitor use and contribution of NbS to promote further knowledge and uptake 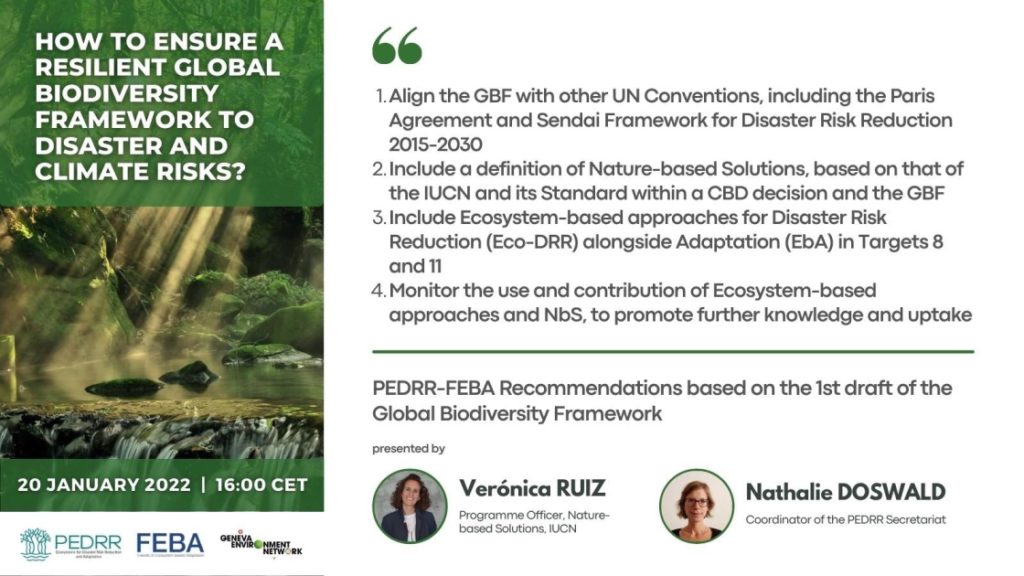 Check the event on PEDRR's webpage