As demonstrated in several reports, including those of the Special Rapporteur on Human Rights Defenders, individuals acting to protect the environment increasingly face heightened risks and suffer grave violations of their rights as a result of their defense of environment, land and indigenous rights. They are subjected to harassment, threats, intimidation, stigma, criminalization, detention and even killings from both State and non-State actors.

A wide range of civil society and multilateral efforts are emerging to protect those engaged in defending our environment. On 21 March 2019, the Human Rights Council adopted Resolution 40/11 recognizing the contribution of environmental human rights defenders and the obligations of States to respect their fundamental rights.

As follow-up, a Road map is being launched by networks and organizations in 2020 to strengthen its implementation. Its preparation includes an expert meeting to help articulate and put forward possible steps of action for the research, environmental and human rights communities to feed into Human Rights processes as well as Environmental ones such as the IUCN World Conservation Congress in June 2020 in Marseille. 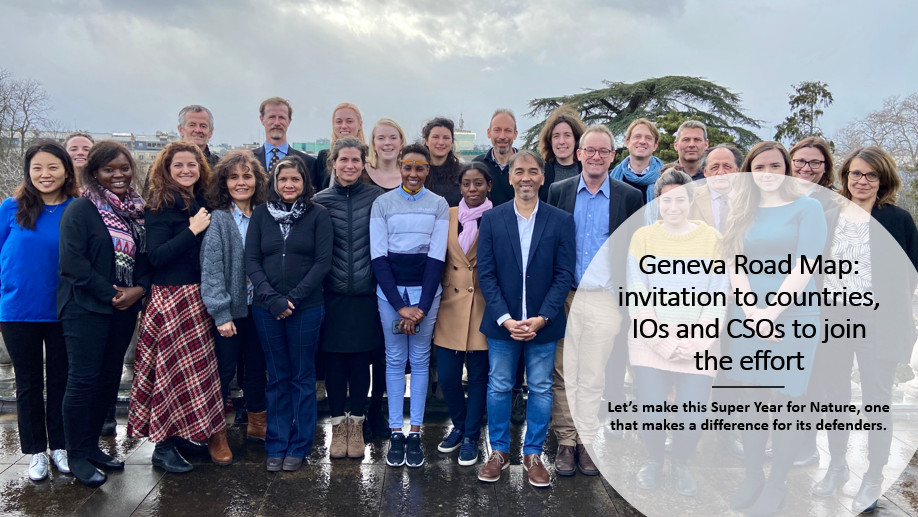 This Side-event explored how to mobilize the international community from both the human rights and the conservation fields to respond to the on-going crisis and join forces towards the implementation of Resolution 40/11. How to strengthen the effective implementation of the right to act for the protection of the environment and to promote free and safe spaces for information and discussion on environmental matters?

With the support of Switzerland and Fiji, and with the participation of environmental defenders, NGOs and academic partners, the event aimed to strengthen the dialogue process to help shape key building blocks for a Geneva Road map aiming at the implementation of Resolution 40/11, review progress made and discuss about needs and perspectives.

Diplomatic missions and the wider UN community were cordially invited to join the event and help shape the building blocks for the Geneva Road map.

How can the international community improve its responses?

Barbara Fontana, Permanent Mission of Switzerland to the UN in Geneva