This briefing, organized within the framework of the Geneva Environment Network, provided an overview of the status of the negotiations related to chemicals and waste and upcoming important conferences.

This Chemicals and Waste briefing, organized within the framework of the Geneva Environment Network, provided an overview of the work and key activities to advance the sound management of chemicals and waste globally. It also presented the latest information on the important conferences scheduled in the second half of 2022 and in 2023.

Waste and Chemicals Focal Point of the Global Affairs Section, Swiss Federal Office for the Environment

On the Minamata Convention, Science and Human Rights

The Minamata Convention turned 5 on 15 August 2022, and it was an occasion to remember that the science is needed in nearly all aspects of the Convention. 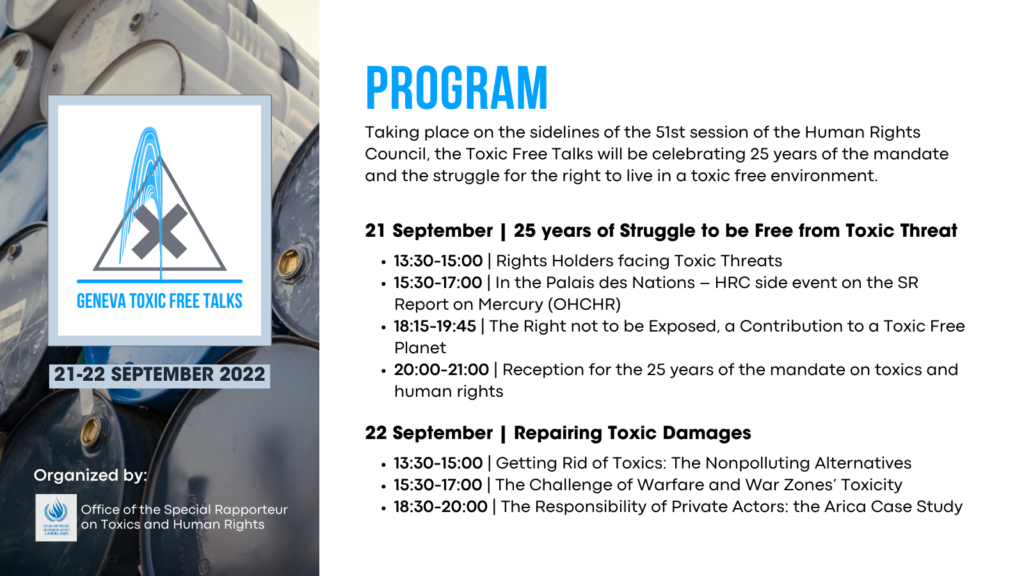 UNEP’s medium term strategy for 2022-2025 is well underway, including with the revised delivery model, aligning the delivery to be more strongly integrated with UN country teams and country priorities for UN intervention and support.

We cannot succeed without partnerships. These include engagement with governments, for whom we’re deeply grateful for the continued financial and collegial support, and for the guidance in implementing the resolutions that are given to us.

A lot has changed over the 33 years in this business. In 1989, the life expectancy globally was 60 years old, and in 2022, it’s 70 years. People are living longer, but as you do, it extends the period in which you can acquire cancer as it often takes many years to develop. With aging populations, you have more opportunity for toxics to transfer from the environment — from food, water, and other sources — to collect in your body over time and create these toxic effects.

That is why we’re here to try to make sure that people can live longer, healthier lives, and still benefit from these chemicals. These are very valuable products, either as the chemical themselves, an alternative chemical, or even a non-chemical alternative.

Since 1989, most of the MEAs were negotiated, adopted, and entered into force, and so they play a great role in this global regime to manage chemicals and waste, alongside other international organizations and national bodies. They are key into developing the science to understand the risks of these chemicals, what alternatives could be, how we can prevent exposures that could lead to cancer.

From being very small in an international sense, now it’s huge. We’ve learned that international cooperation is great for preventing pollutions that cross boundaries, but it’s also great for sharing science and know-how. We share and everyone benefits. Lives are really being saved because of the work we’re doing.

Basel entered into force in early 1990s, and Stockholm and Rotterdam around 200. We had synergies when we brought the three conventions together in 2012, which I think has been a big success. More recently, our work on plastics and e-waste is cutting edge stuff I’m proud to be part of BRS and proud to be proud of this this bigger community.

I’ve never seen this level of attention on chemicals and waste my entire career and it’s really great to hear from all of you. It’s a lot of work, it’s very important and it will benefit many — environment and people. 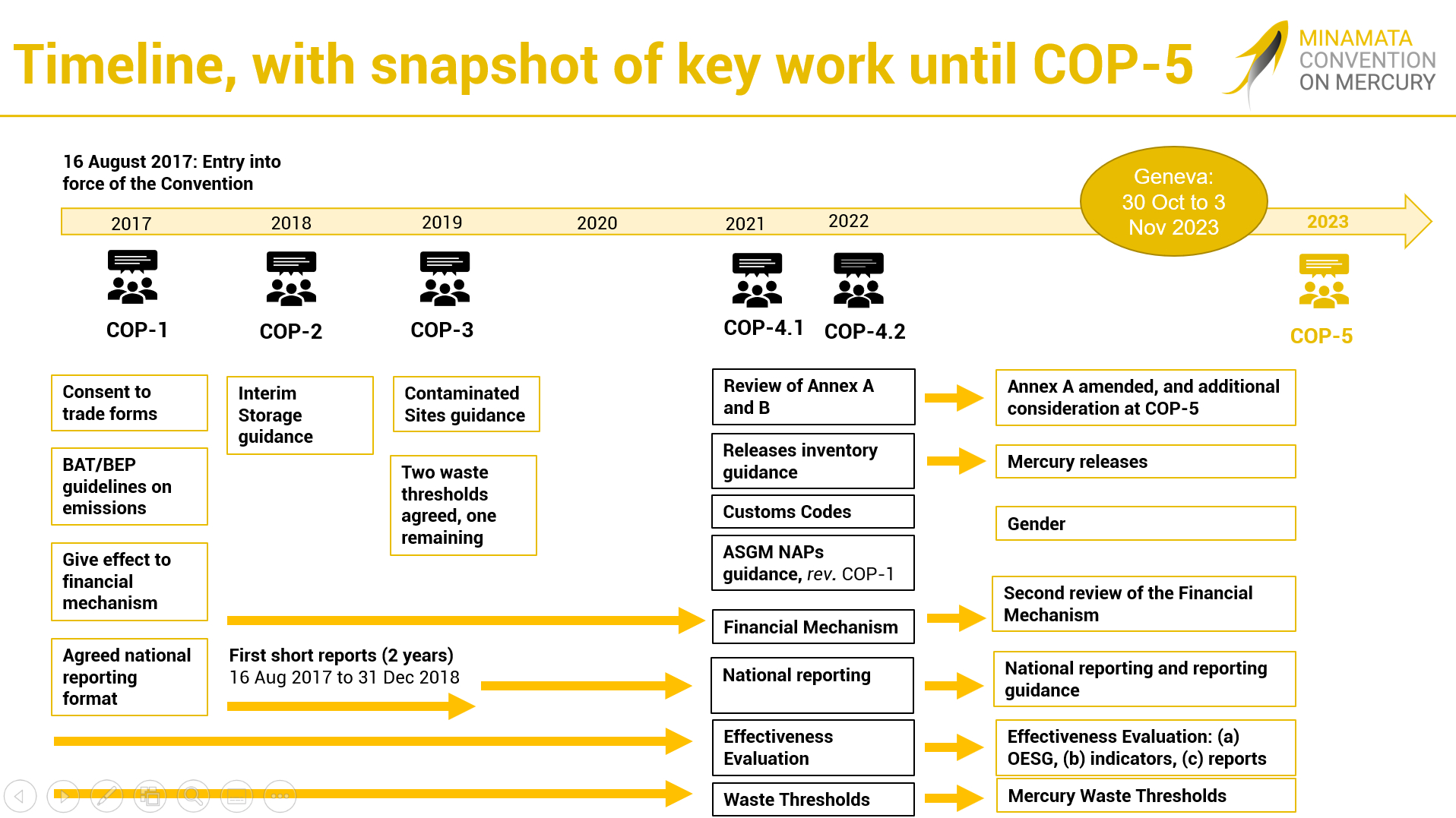 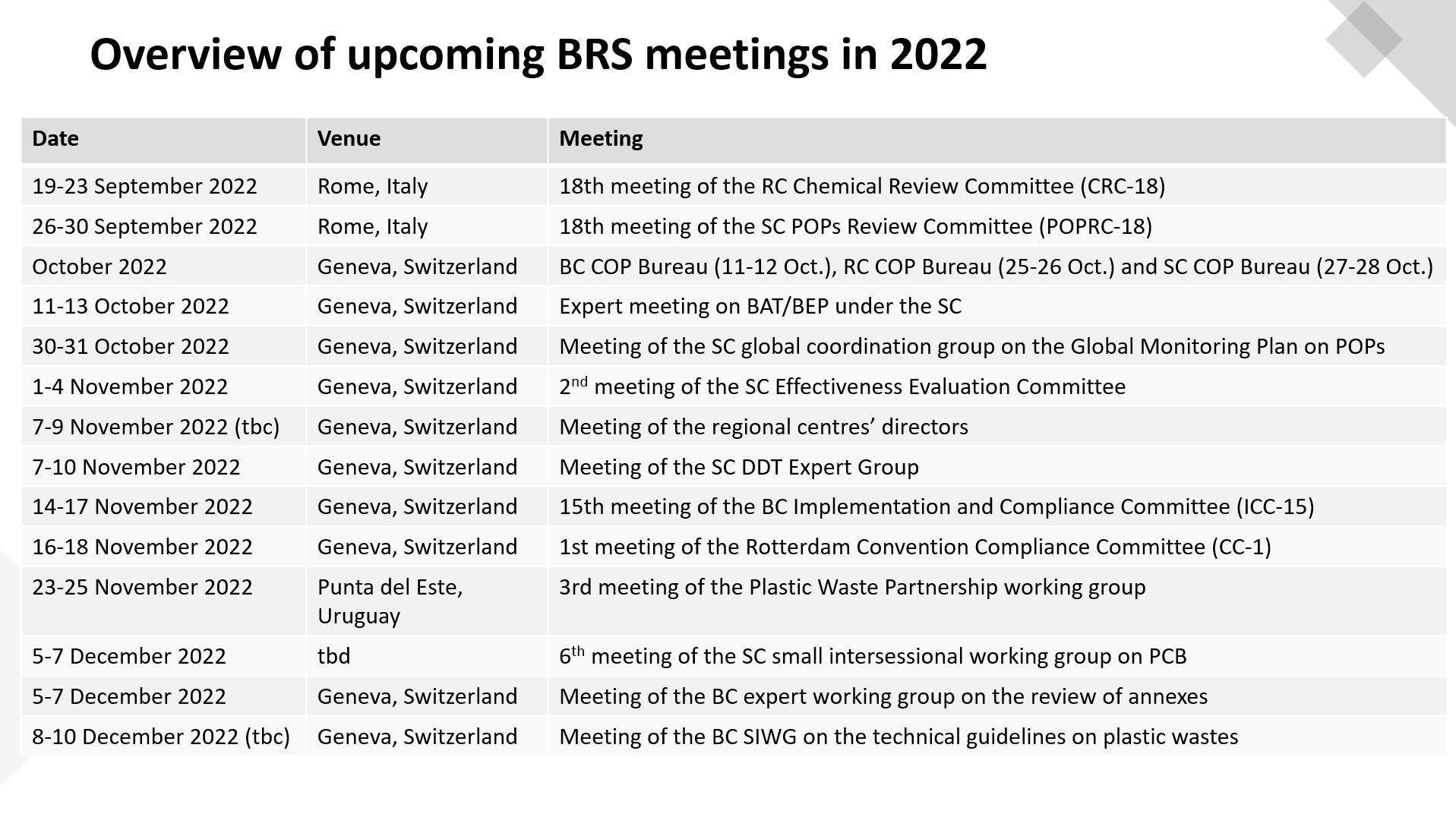 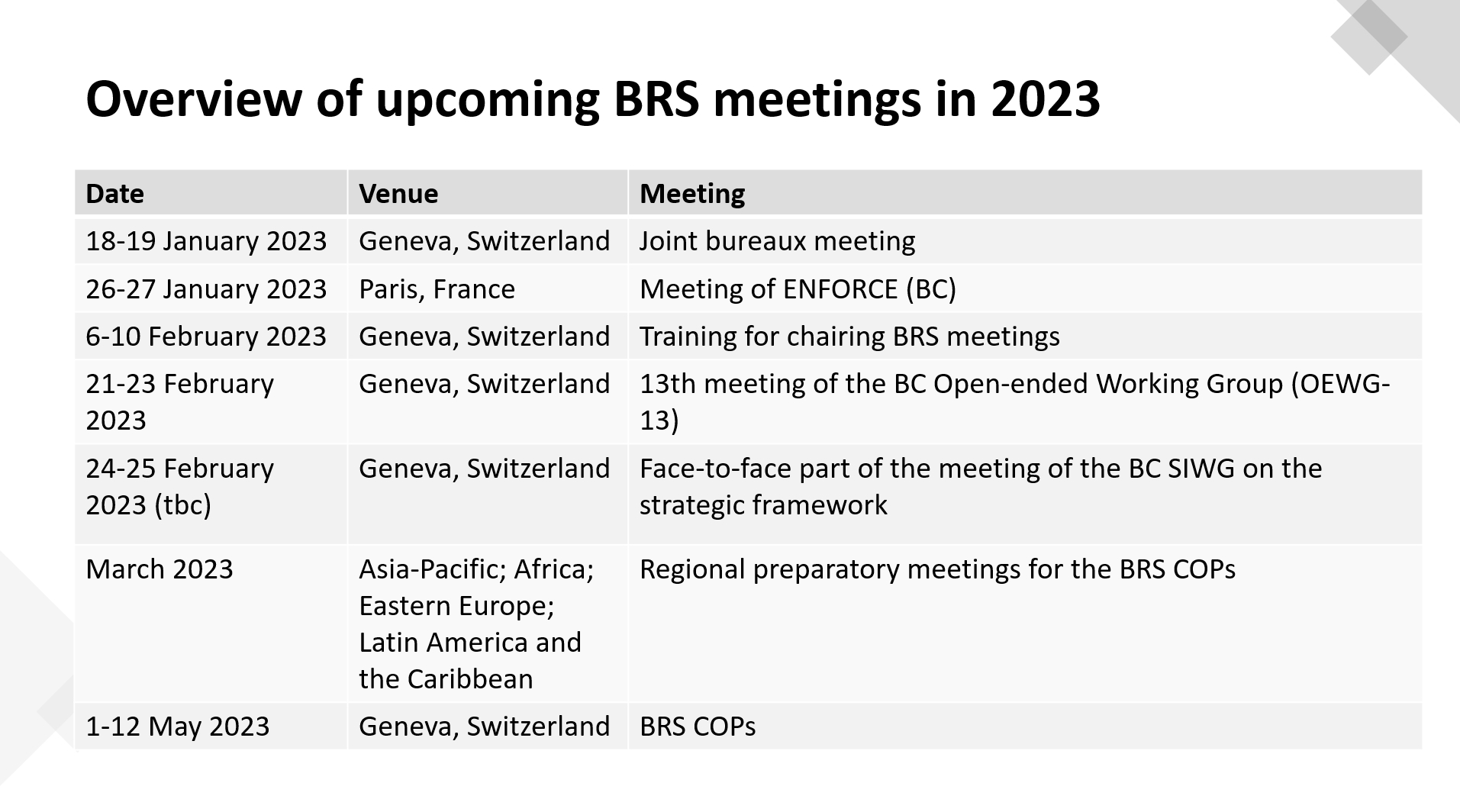 UNEP Chemicals and Health Branch, and the Special Programme 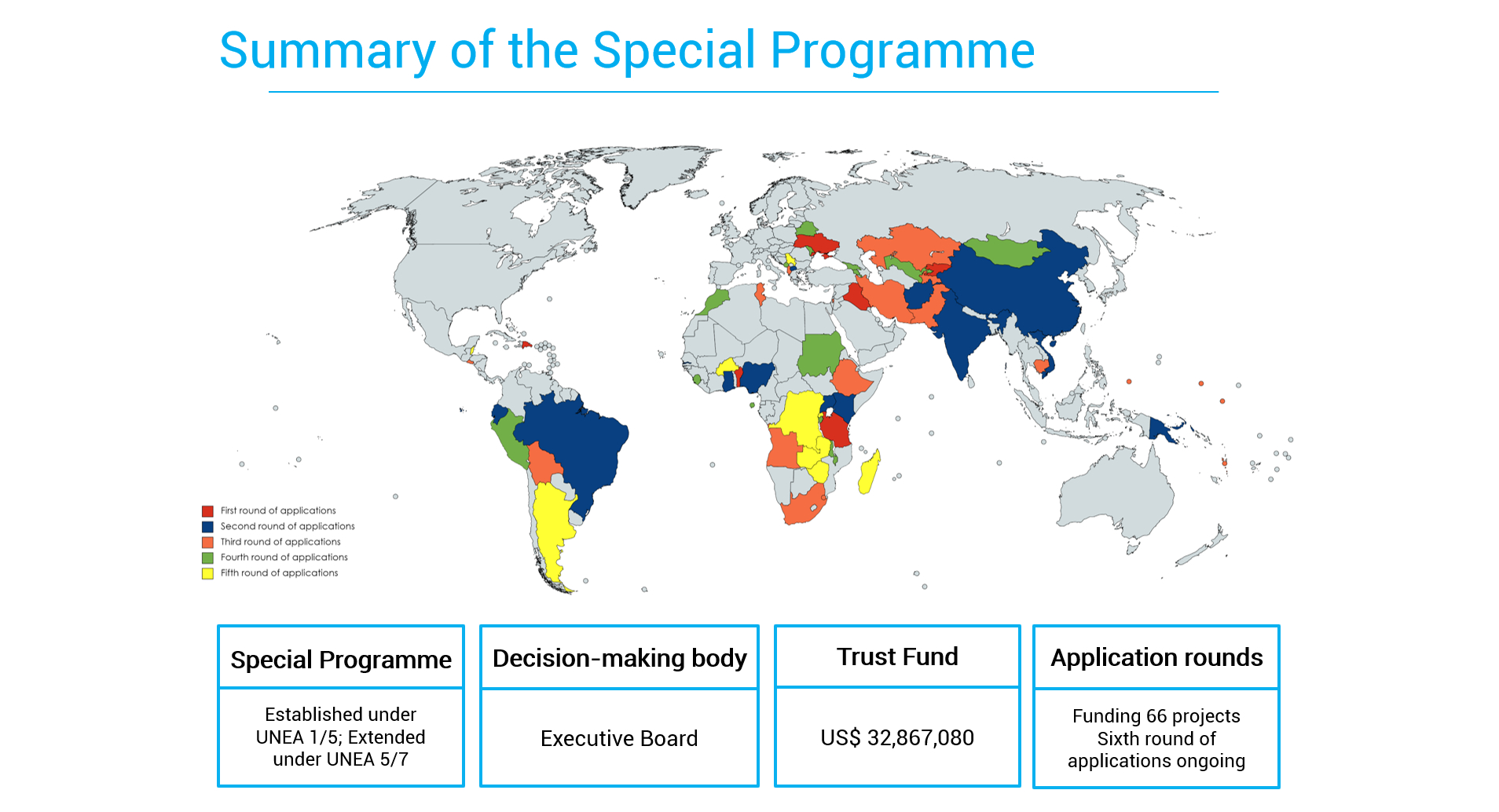 The first meeting of the ad hoc open-ended working group (OEWG 1) on a science-policy panel to contribute further to the sound management of chemicals and waste and to prevent pollution, convened pursuant to resolution 5/8 of the fifth session of the United Nations Environment Assembly will take place in two parts:

As highlighted during this briefing, a lot of important work is happening in the Chemicals and Waste Cluster and major progress was made and needs to continue.

In addition to the live and social media transmissions, the video of the event will be available on this webpage.